Fuel engines are the most common type of engine in From the Depths. They burn fuel, and range from powerful and inefficient injector-based engines, to engines that could run for hours on a single Fuel Storage Tank.

Injector engines are the most powerdense – however, their high fuel-use requires plentiful use of Fuel Storage Tanks. If running at high power for more than about 10 minutes, the volume of the tanks will offset the volume you save on the engine itself.

If you cannot refuel in about that time, a turbocharged engine is likely the better choice. Gather the exhaust of as many cylinders as possible, and make sure every carburettor is connected to at least one turbocharger.

Small engines will be unable to provide the exhaust-gasses needed for high-efficiency turbocharged engines. In such a case, using supercharged engines is an option.

Building Fuel Storage Tanks or using a minimum-efficiency Refinery provides 10 fuel per material. This is mostly relevant for suicide-vessels that die before refuelling.

The engine's Core Block. If it is destroyed, the entire engine stops functioning.

Connects to the fuel engine generator. Necessary for larger engines.

Provides power. 10 without injectors or carburettors, which is lost when placing one. I.e. the first carburettor only adds 90 power, not 100.

Increases maximum power by 200. Use if you want high powerdensity at low efficiency. About 70 power per fuel at 100% power.

Able to connect to two cylinders. One on the bottom of the injector, one at its front. Rotate the injector to make use of this.

Increases maximum power by 100. By itself only barely more efficient than injectors, but chargers can be used to greatly improve efficiency.

Able to connect to several cylinders.

Connects to carburettors to improve fuel-efficiency. While it still has an effect at maximum RPM, it mostly improves low-RPM efficiency. They can pass 600 power per fuel at 10% power.

Able to connect to several carburettors.

Connects to both a carburettor, and either a cylinder or exhaust pipes to improve fuel-efficiency. You can gather exhaust from several Cylinders and even several separate fuel engines before sending it through the turbocharger. Or you can connect the turbocharger to a cylinder to act as an exhaust for that engine.

The efficiency-increase is based on the amount of exhaust gas it is fed. Can potentially pass 70,000 power per fuel. However, that is impractical as any RTG-powered Electric Engine would be more powerdense while not using any fuel whatsoever. Saner turbocharged engines will usually provide between 300 and 1,000 power per fuel at 100% usage.

Connects to cylinders and turbochargers.

Connecting it to a cylinder will generate exhaust gasses, which need to be vented out of the vehicle for maximum cooling. You can vent exhaust into water.

Cools all cylinders, but reduces efficiency. 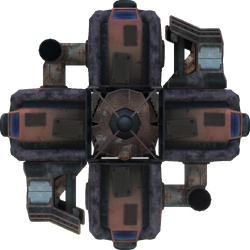 Crankshaft surrounded by 4 cylinders, each connected to an Injector and an Exhaust. This is perhaps the most typical injector-engine. Easily extended for more power, needs just a 3x3 space. 715 power per metre length (not counting the Fuel Engine Generator), at 68 power per fuel.