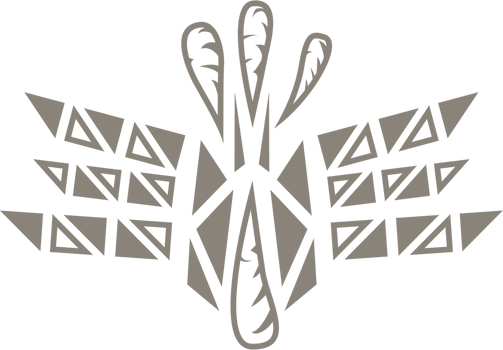 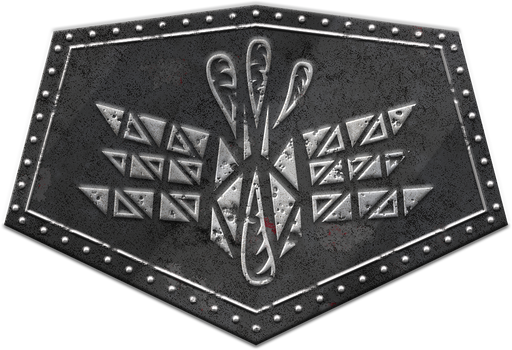 The Gray Talons are very prideful and stubborn, and place their tradition of massive cannons above all else.

They have existed for aeons, and are in an infinite state of war, isolated from the rest of the world. Due to the nature of the Talons, a single tribe is rarely in power for longer than half a century, as they will always split apart and then start a new war before 50 years are up.

Once the most powerful tribe in Talon territory, this tribe is made up of hovering battleships that mount heavy weaponry. As this tribe was at war with the Tribe of the Rusted Ram and Tribe of the Iron Storm for many years, it has become somewhat an anti-air tribe over time.

The Iron Storm was originally a small tribe which had fled from the Tribe of Foreboding and Iron Blockade to the then untapped lands of Fox Mere, where they were left alone for decades.

Soon, they discovered massive amounts of a previously undiscovered gas in the clouds surrounding their new home, and after the metal tanks which were being used to contain the gas started floating into the sky even after being weighted down with lead and a few prototype airships were built, the gas which had been named 'Aethrogen' was found to preform exceptionally as a source of lift.

Unprepared for war from their decades of isolation, they found themselves facing the full force of the Scarlet Dawn after they started their first invasion and lost Fox Mere in days. Too embarrassed to ask Foreboding for permission to use their docks and construction yards, they vowed to become nomadic until Fox Mere could be retaken and converted their larger airships into huge mobile ports.

Today they are known for their heavy use of massively upgraded versions of the miniguns which they once used for policing.

Splitting off from the Crystal Keepers along with the Iron Blockade, the Tribe of Foreboding is a very aggressive tribe which is known for using hulking and massive aerial bombardment platforms to decimate their opponents before they have a chance to burn through the extremely redundant systems keeping them in the air. The designs of Foreboding are known to often be hollow in places, which greatly increases the surface area and allows even more turrets to be mounted, they are also known to be made largely out of standardized components allowing quick and cheap construction of vessels. Early on in it's existence Foreboding absorbed a few other small tribes and started producing versions of the captured tribes vessels with their superior technology, resulting in Foreboding having a relatively varied set of designs compared to the other tribes.

The Rusted Ram is a proud and particularly isolationist tribe. clinging to the traditions which they have held since the tribe first formed has made them inefficient, but their massive stockpiles of resources has allowed them to construct some of the most massive flying behemoths of Neter. It is said that they happily send their own fleets on suicidal missions.. ...if only to give their most recent monstrosity a space in the docks.

The Crystal Keepers are an ancient and mysterious tribe. Having become completely absorbed in researching and exploiting the crystals, it has been centuries since they produced their last warship, but the few that have not been torn apart by Foreboding for their technology are still floating in the skies like clouds, so efficient is their engineering that their vessels will fly for thousands of years more until their extremely complex systems finally become too decayed to operate and they fall from the sky. The Crystal Keepers have long since stopped producing vehicles, but most of their fleets and highly efficient vehicles have been captured by Foreboding and reverse engineered for use as bread and butter cargo vehicles.

The enigmatic Gray Talons are the oldest surviving civilization on Neter, consisting of several quarrelling tribes unified only by cultural and racial ancestry. Originally hailing from a distant mountainous continent to the east, the Talon tribes took to the skies a millennia ago during the so-called "Age of Ascension." During the following centuries they mastered the art of flight while other budding civilizations were still learning to forge iron. Viewing their neighbours with a combination of pity and contempt, the Talons entered an era of massive aerial fortress-crafts that kept even the rising Steel Empire from venturing to the eastern seas. Only their intertribal conflicts prevented Talon supremacy over the whole Neter.

This one-sided balance of power was shattered during the first Scarlet Dawn invasion. The alien invaders quickly took the lands of Fox Mere, destroying many lesser tribes and crippling several large ones. Ultimately the tribes agreed to a truce and led battle to claim back their lands. The coalition was also joined by the Steel empire which too had lost territory to the extraterrestrial threat. This alliance of the two greatest forces on Neter first stopped and then started pushing back the Scarlet Dawn who were powerless to stop the combined arms of flying fortresses and mighty battleships. Only the destruction of the Foreboding's capital dreadnought and the catastrophic losses that followed turned the war to an unwritten ceasefire, causing both sides to return to their lands to gather their strength.

These days the Gray Talons live in massive sky-cities or nomadic house-fliers, and most talons never touch the ground during their long lifetimes. The rapid changes in Neter's politics have changed the tribes, with some becoming more open to outsiders while others have become even more territorial than in the ages past. With the second Scarlet Dawn invasion beginning, the tribes have once again entered an uneasy truce with not only each other but also with the remnants of the old Steel Empire and their new AI allies. No one knows how the war will end, but one thing is for sure: The Gray Talons will fight for their lands as long as their fortresses fly and their lungs draw breath.